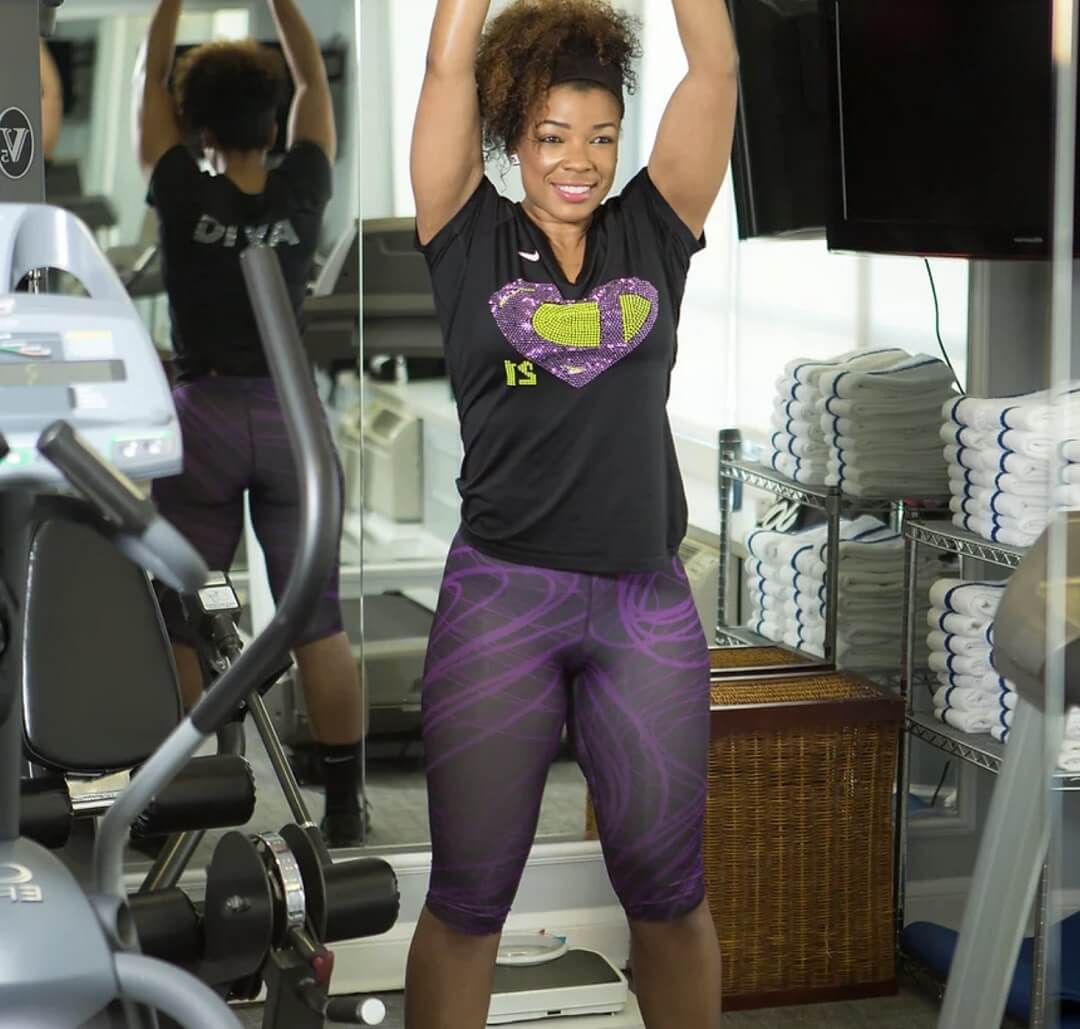 SheLean Nutrition, Health and Fitness is an online company created to cater to women of various demographics. SheLean believes that optimal health and wellness starts in the home with the woman, who is the threshold of the family. Thus, by motivating and educating her with the tools to achieve mental, physical, spiritual, and emotional health, it will subsequently trickle down to the family and help to prevent disease, mental illness, and obesity by the masses. Our mission and goal is to create an online network and portal where women can attain the resources to do just that. Our Motto is that in order for one to achieve Health and Wellness, one must first understand Health from Awareness. The bible says, “My people Perish from lack of knowledge.” SheLean intends to save lives, but to also increase the quality of living of those lives.

When it comes to exceptional musicality, Grammy-nominated vocalist and writer Syleena Johnson got it effortlessly. As the daughter of legendary soul singer Syl Johnson, Syleena’s inherent vocal ability and lyrical prowess place her high in a league of some of the best singers and performers of her generation. Kanye West, R. Kelly and Musiq Soulchild have all sought her out for collaborations as she penned major R&B hits with the artists. Along with music, Syleena continues to remain relevant as this generation of music lovers had come to love her from TV One’s hit series R&B Divas Atlanta, which recently wrapped up after three seasons. With Syleena, co-stars on the reality show included Keke Wyatt, Angie Stone, Monifah Carter, LaTavia Roberson and former 702 lead singer Kameelah Williams. 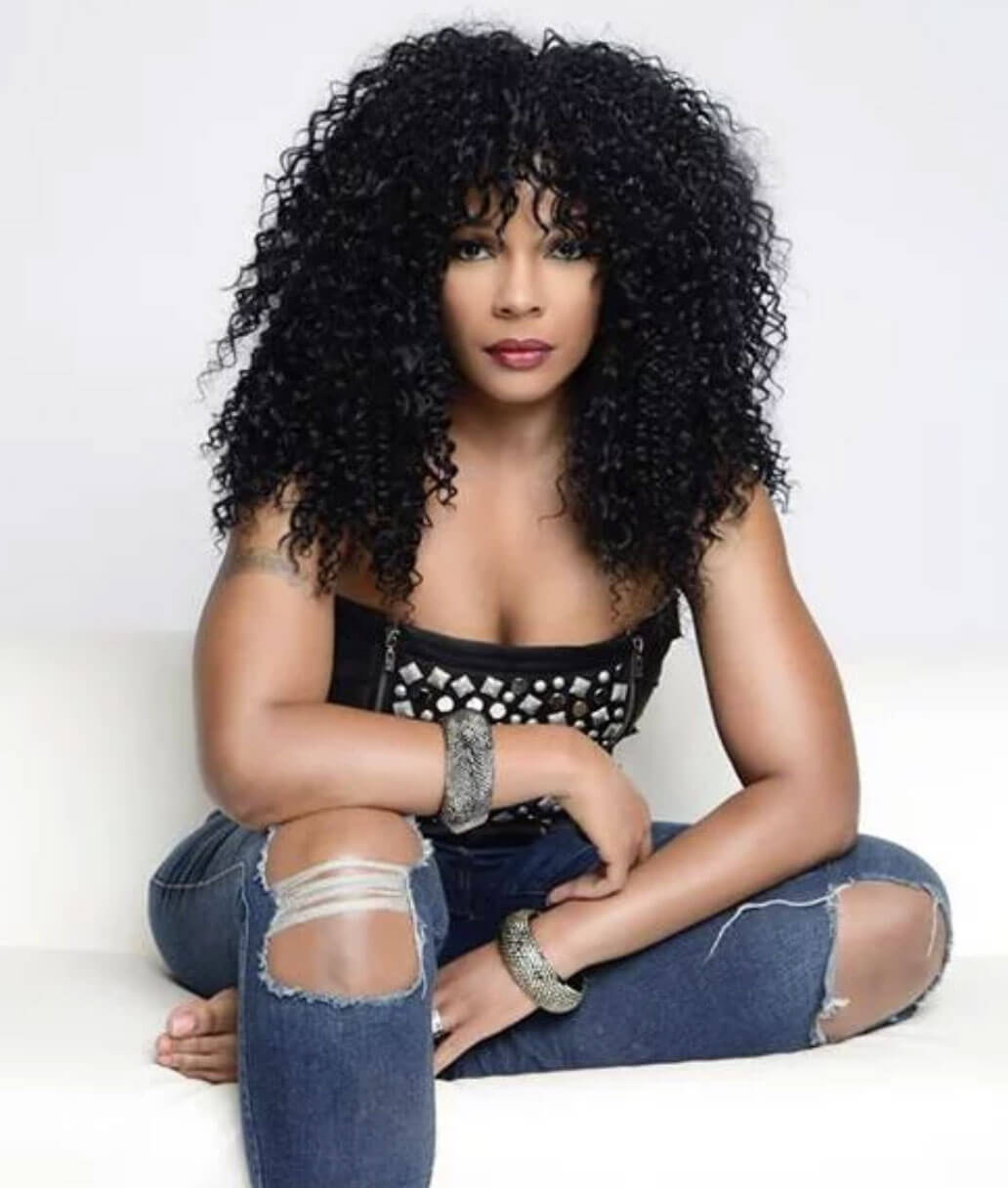 When it comes to exceptional musicality, Grammy-nominated vocalist and writer Syleena Johnson got it effortlessly. As the daughter of legendary soul singer Syl Johnson, Syleena’s inherent vocal ability and lyrical prowess place her high in a league of some of the best singers and performers of her generation. Kanye West, R. Kelly and Musiq Soulchild have all sought her out for collaborations as she penned major R&B hits with the artists. Along with music, Syleena continues to remain relevant as this generation of music lovers had come to love her from TV One’s hit series R&B Divas Atlanta, which recently wrapped up after three seasons. With Syleena, co-stars on the reality show included Keke Wyatt, Angie Stone, Monifah Carter, LaTavia Roberson and former 702 lead singer Kameelah Williams.

At the age of seventeen, the Chicago native began chronicling the emotional hues of her life, which she later incorporated in her albums, giving fans a heartfelt glimpse into her past relationships. Naturally gifted, Syleena was classically trained for seven years while also singing in jazz ensembles and gospel choirs. However, it was growing up in a home filled with all variations of music that allowed her to absorb the stylings of artists like Aretha Franklin, Al Green, Mavis Staples, Duran Duran, Huey Lewis, Prince and Michael Jackson, contributing to her becoming a versatile singer. Focused, driven, and determined, music was therapy for the young songwriter in 1995 when she released an album with her father entitled “This Time Together by Father and Daughter,” featuring songs like “Keep on Loving Me” and “Piece of The Rock.” Syleena’s official debut release, “Love Hangover,” dropped on January 25, 1999 and featured her covering classic hits such as “Love Hangover” by Diana Ross and “Baby I’m Scared of You” by Womack and Womack. The independent releases, which are a rare to find, fetch at high ticket prices on some websites.

Syleena first attended Drake University in Des Moines, Iowa, where she studied psychology. Later, she transferred to Normal Illinois State University, changing her major to music and beginning to record her talent. Sadly, music wasn’t the only lesson Syleena was learning as she quietly suffered at the hands of her abusive first husband.Thanks to a chance meeting at a charity basketball game, Syleena met an assistant scout for Jive Records, making her wildest dreams come true. The scout later presented her demo tape, which had an immediate impact. Days later, she got a call back from Jive executives with an offer for a deal which was almost unheard of. In 2001, on the heels of a tough divorce, Syleena released her first album with Jive Records, “Chapter 1. Love, Pain, and Forgiveness,” where she began telling the chapters of her life. Her debut project set the tone for the singer/song-writer whose honesty and vulnerability resonated through her husky soul filled vocals as she traced the perils of a love lost and the healing that followed. Johnson wrote all the songs on her debut album, except her first single, “I Am Your Woman,” penned by R. Kelly. The album received much praise and celebrated a No. 1 position on Billboard’s Heatseekers chart the first week of release.

Her follow-up took Syleena to a more internal place, as she listened to her spiritual guidance after the non-commercial success of her debut release caused her to explore feelings people don’t always talk about. Johnson released, “Chapter 2: The Voice” in November 2002. . As with “Chapter 1,” Johnson got some high-profile help from Busta Rhymes and his Flipmode Squad, who contributed to “Tonight I’m Gonna Let Go”, which got airplay on urban radio stations. The single also proved a success in the United Kingdom, where it was a Top 40 hit, her first appearance on the UK Charts. She would later reach the Top 10 with “All Falls Down,” her collaboration with Kanye West.

In 2004, Johnson appeared on the MTV Video Music Awards to perform “All Falls Down”, her chart hit with Grammy winning rapper Kanye West. Chaka Khan would also appear during the performance. The video to the song earned both West and Johnson four VMA nominations, including “Breakthrough Video” and “Best New Artist in a Video”. That same year she also earned a Grammy nomination and appeared on the Late Show with David Letterman. The song also brought Syleena to the attention of the public outside the United States. The song was a top 10 hit worldwide, including the UK.

2005 saw the return of sexy Syleena Johnson with her album, “Chapter 3: The Flesh.” The record’s first single, “Hypnotic”, featured friend/producer R. Kelly and rapper Fabolous. The single was relatively well accepted; the video for the single was played worldwide. The second single, “Another Relationship”, became another radio single and a firm favorite amongst fans. The album included production from hitmakers R. Kelly, KayGee, & Terence “Tramp Baby” Abney and The Platinum Brothers. “Chapter 3: The Flesh” featured appearances from some of the most respected artists in the industry. Kanye West produced the heavenly “Suddenly (Bulls-eye)”, which featured fellow Chicagoan Common. Further artists to make appearances on the album included Jermaine Dupri, Twista and Anthony Hamilton and would be Johnson’s highest peaking album on the Billboard 200 chart, peaking at 75 despite lack of label support.

Like all of her chapters, Syleena’s themes are rooted in scripture based on where she is in life, and her next chapter finds her leaving her label company and finding love again. “Chapter 4: Labor Pains” was released physically on January 13, 2009. The album is Syleena’s first on her own record label Aneelys Records. The first single to be released from the album was “It Is True”, produced by fellow Chicagoan ‘Toxic’, who has previously produced artists such as Keyshia Cole and Monica. The album debuted on the Billboard R&B/Hip Hop Album Chart at number 42 following the physical release. When asked the meaning of the title “Chapter 4: Labor Pains,” Syleena said, “‘Chapter 4’ is Labor Pains. As a punishment to Eve, He gave her labor pain. As a woman, in this world, we go through labor pains every day. It’s not just about having a baby. It’s hard being a woman in our industry. We are expected to take care of kids and household, take care of our husbands, have a job, be adequate in performance, and just as good as the next man at our jobs. That’s a lot of responsibilities, that’s a lot of pressure, and stress for women. So that’s basically what ‘Chapter 4’ is about. The album is also about love, and the good things that came of what I went through.”

These days, life is about balance for the wife, mother and entrepreneur who is finally feeling like she is coming to her own as a woman. Rooted in health fitness and spirituality, Syleena is enjoying the fruits of her labor having recently graduated from Drake University, where she received her Bachelor’s degree in nutrition science, summa cum laude, 21 years after she enrolled. She was also inducted into the Alpha Beta Kappa Honors Society for her academic achievements. Delving into new chapters of her life, Syleena declares “Chapter 6: Couples Therapy” as the final chapter and her next body of work will be simply one word yet to be determined. But in the meantime, she is busy on her upcoming workout DVD, “Mommy’s Got Soul,” coming this summer, which is geared towards helping mothers to be remain fit.

As a fitness and nutrition advocate, her passion is in helping women feel whole, which she does with her health and wellness company SheLeanLite.com, as well as her book “The Weight is Over.” In her book, Syleena discusses body image and the lessons she’s learned in the industry, “The Weight is Over” is due out this fall. She is also continuing her education so she can become a dietician and release her own line of supplements. But not resting on her laurels in the least, Syleena is also using her voice in another major way as she sets to launch her speaking tour, TheSurvivorsMovement.com, featuring herself and four other amazing women of color who all have a call to action gear towards helping women live their best possible lives under any circumstances. The tour will speak to healing, handling stress stress and finances while creating a plan to get through the rough times.

True talent stands the test of time and with the release of this diva’s most anticipated album to date, “Chapter 6: Couples Therapy,” released on the Blackbyrd label, critics agree that this is one of Syleena’s strongest overall projects to date and have dubbed it, “The best R&B album of her career.” The album, which hit #15 on the Billboard R&B Chart, includes production from Ric Atari, Kajun and Pierre #TheMaven Medor. “Couples Therapy” is the sixth and final chapter in her collection of blues and soul-inspired concept albums but in general, Syleena believes the best has yet to be written.